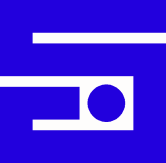 Newburyport, MA – STREM Chemicals, Inc. has licensed a technology based on recent developments in the field of Ni(0) (pre)catalysts from the Max-Planck-Institut für Kohlenforschung respectively the associated Studiengesellschaft Kohle mbH. The new Ni(0)-olefin pre-catalyst provides a simple, scalable and modular Ni(0) source which is stable to air and room temperature and retains the reactivity demonstrated by Ni(0) catalysts currently used in organic chemistry and industrially relevant transformations.

The history of Ni(0) complexes and their reactivity with olefins is tightly connected to the Max-Planck-Institut für Kohlenforschung and dates back to mid-last century, with the serendipitous discovery of the so-called “nickel effect”. At that time, the team of Professor Karl Ziegler (director of the Institute) was working on the polymerization of ethylene to produce -olefins using Al-based compounds; the well-studied Aufbaureaktion was set up in an autoclave with triethylaluminium and ethylene to obtain the expected mixture of higher order chain-lengths aluminium alkyls. Suddenly, in a routine experiment, the reaction took an unexpected course, giving quantitative yield of 1-butene and unchanged triethylaluminium. After several attempts to elucidate the origin of such side reactivity, the scientists concluded that this was the result of traces of nickel left from the wall of the autoclave. This finding opened up a new branch of chemistry and led to the discovery of the “Ziegler catalysis”, a reaction of central importance for the industrial production of polymers. Professor Günther Wilke succeeded Professor Ziegler as director of the same institute and, together with his team, further unfold the field of nickel catalysis. His studies on the use of the Ziegler catalysts for the polymerization of butadiene established the basis for the development of the bis(1,5-cyclooctadiene)Ni(0) (Ni(COD)2), the most employed source of Ni(0) for catalysis currently available. The investigations in Ni(0)-olefin chemistry set out the foundations for the production of Nylon, and later on, allowed the development of SHOP (Shell Higher Olefin Process), accounting for the production of over 1 million tons of -olefins per year. This latter industrial process is also connected to the Max-Planck-Institut für Kohlenforschung as it was developed in the team of Professor Wilhelm Keim, who joined the Shell Development Company after his doctorate studies under the supervision of Professor Wilke.

Ni(COD)2 remains as the most frequently employed source of Ni(0) in organic chemistry. The wide applicability of Ni(COD)2 is mainly due to its facile exchange of the COD ligands with other ligands (phosphines, amines, NHC), in order to generate any Ni(0) catalyst at will. This modularity, in combination with its commercial availability have elevated Ni(COD)2 to the “go to” source when Ni(0) is needed. However, Ni(COD)2 suffers from great instability and fast decomposition will occur if the complex is exposed to air. Moreover, Ni(COD)2 is also temperature sensitive and will gradually decompose if not stored at temperatures lower than 20 oC. These drawbacks make the handling of Ni(COD)2 quite tedious, requiring inert atmosphere (gloveboxes) and Schlenk techniques. These limitations have been largely recognized and over the years, attempts to circumvent these challenges have appeared, such as wax-based encapsulation strategies or the development of some air-stable Ni(II) pre-catalysts. Yet, the need for a general, modular and air-stable source of Ni(0) which largely retain the reactivity of Ni(COD)2 is of capital interest.

Recently, scientists of the Max-Planck-Institut für Kohlenforschung, led by Dr. Josep Cornella, were able to develop a new family of 16-electron binary Ni(0)-stilbene complexes that are remarkably stable at room temperature and air for long periods of time (ca 1 month). This novel family of complexes has been demonstrated to possess similar properties as Ni(COD)2 in terms of ligand exchange, catalytic reactions, kinetic profiles, etc. This set of complexes permits the user to handle a Ni(0) source without the need of inert atmosphere and in the bench-top. These catalysts are now available through STREM Chemicals Inc. for R&D purpose.

“The Max-Planck-Institut für Kohlenforschung is one of the world’s leading institutes conducting research on catalysis. The institute has a long history of innovation and Strem is pleased to be able to offer this new catalyst technology, developed by Dr. Cornella, to our academic and industrial customers. It is exciting to be able to offer an air-stable, base-metal catalyst to the scientific community that makes broad use of Ni in catalysis” said Dr. Ephraim S. Honig, Chief Executive Officer of STREM Chemicals Inc.

“After Dr. Cornella’s first publication regarding the novel catalysts, we immediately recognized a very strong interest of the scientific community worldwide. We are happy that we are able to team up with the strong and well-established partner STREM Chemicals to make the new catalysts easily available for scientific and industrial research. For future large-scale technical applications, field-exclusive licenses are still available through Studiengesellschaft Kohle mbH,” said Dr. Lars Cuypers, Senior Patent & Licensing Manager at Max-Planck-Innovation, who negotiated the license agreement with STREM Chemicals for Studiengesellschaft Kohle.

About the Max-Planck-Institut für Kohlenforschung
The Max-Planck-Institut für Kohlenforschung at Mülheim an der Ruhr was founded in 1912 and thus is one of the Max Planck Society’s oldest institutes. The Institute has been a source of major technological impetus, including the Fischer-Tropsch synthesis for the production of fuels from coal, and Ziegler catalysts for the production of the major bulk plastics. In 1963 the Nobel Prize for Chemistry was awarded to the Institute’s director, Professor Karl Ziegler. Today, the Institute’s activities are centered on research into energy- and resource-saving chemical reactions, with the focus on catalysis in all of its aspects. The aim of the researchers is to develop new, tailor-made catalysts to efficiently synthesize natural products, medically-active substances and molecules with a complicated structure. The new Ni-catalyst was developed by Dr. Josep Cornellà who leads the independent research group Sustainable Catalysis for Organic Synthesis at the MPI. Link to the webpage: http://www.kofo.mpg.de/en.