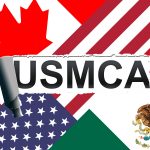 Thank you for the opportunity to comment regarding the Office of the U.S. Trade Representative’s (USTR) review of action being taken in the Section 301 investigation involving the enforcement of U.S. World Trade Organization (WTO) rights in the Large Civil Aircraft dispute.

The state of play has reached a critical juncture in U.S.-Mexico-Canada Agreement (USMCA) negotiations (USMCA being the trade agreement that is set to replace NAFTA) as House Democrats continue to work through the thorniest outstanding issues, such as the pact’s labor standards and enforcement mechanism, with the Office of the U.S. Trade Representative. 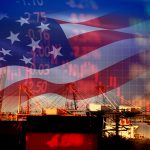 China Tariffs and Impacts to the Chemical-Pharmaceutical Industry

Rigid purity and performance demands, costly infrastructure and expertise and economic and global trends often result in a lack of suppliers outside China. And, in the event that alternate sources exist, supplier(s) often lack adequate volume to make up for shortfalls from China and so SOCMA members are placed on insufficient allocation and face price increases that results in the loss of market share to foreign competitors not subject to such taxes on inputs needed to formulate products.