ChemStewards Is Gearing Up for New Direction in 2018!

Now that 2017 has come to an end, ChemStewards is all set to take on the new direction of SOCMA in 2018. 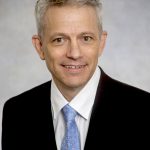 Jay Dickson is President of Nation Ford Chemical (NFC), a leader in toll manufacturing and specialty chemicals located in Fort Mill, SC. A chemical engineering graduate of Clemson University, Dickson joined NFC in 1989. He spent 15 years working in the plant in several different roles, including process and project engineering and technical director. As the company grew, Dickson expanded his work to include global sales and new product development, and he has served as President for the last 12 years.

MA's Performance Improvement Awards are a golden opportunity to promote your company's excellence to SOCMA membership and clients, gain media exposure and join an elite class of chemical companies.

Arlington, VA: The Bio-Process Systems Alliance (BPSA) announced today that its new technical guide to Design, Control and Monitoring of Single-Use Systems for Integrity Assurance is now available for download at http://bpsalliance.org/technical-guides.

ARLINGTON, VA – The Center for Baby and Adult Hygiene Products (BAHP) announced today the launch of a Spanish version of its popular consumer-focused website, http://www.diaperanswers.org/es/, which provides BAHP® members, consumers and the media with information about the advantages, safety and convenient use of disposable diapers.

ARLINGTON, VA – The Society of Chemical Manufacturers & Affiliates is holding the 2017 National Chemical Safety Symposium – hosted by ChemStewards®, October 11-12, at the Houston Marriott West Loop by the Galleria in Houston, TX.